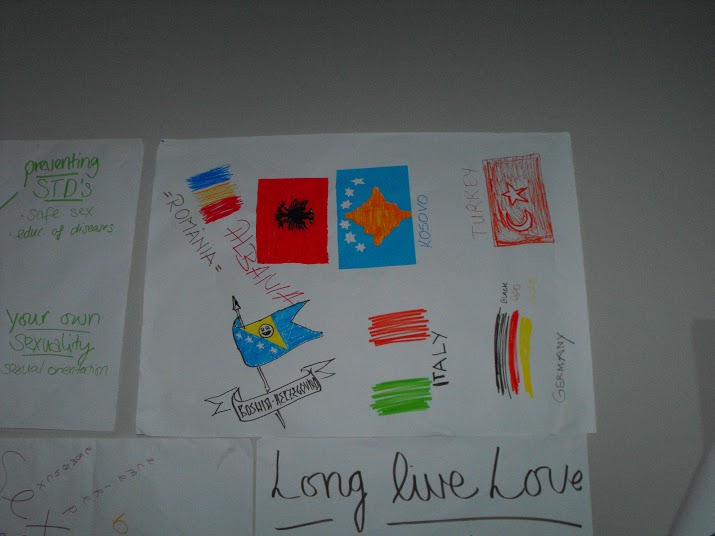 The youth exchange Long Live Love  took place in city of Pogradec, Albania. The project was hosted by Youth4Society organisation during 1-9 March  2013.  During 8 days,  43 youngsters, from seven countries: Albania, Bosnia and Hercegovina, Germany, Italy, Romania, Turkey and Kosovo shared their ideas and opinions about topics such as gender equality, sexual education, sexual trasnmitted diseases and other themes about the Youth in Action Programme. The implemented activities were based on non formal education approach.

Participants, 7 group Leaders and 5 participats per country, got familiar with the concept of non formal education and  they were encouraged to express their opininon freely about the senstive issuses of gender and sexual education. The intearaction and exchange of opinons between participants from SEE  and EU related to the topic gave them the opportunity understand better the situation in different countries and to break prejudices about the disscusions on the topic. Several sessions of the activity were used to give general information about the history and expalanation of main problems related to sexual education and also to give the possibility to all the participants to talk about them in small groups or in the all the gruop together. Different examples of how these issues are considered in Ballkan countries were given during the sessions Sexuality and values (Day 4). Possible ways to make people with fewer possibilities (especially those coming from low level classes, those lacking education related to the topic ect) were discussed in the some of the session too. A wide rage of information about the spread of sexual trasmited diseases nowdays and the fight for promotion of the safe sex were given to all the participants in order to have a clear picture of the problem but also to understand the importance of sexual education and to use the information back in their country, association and local level.